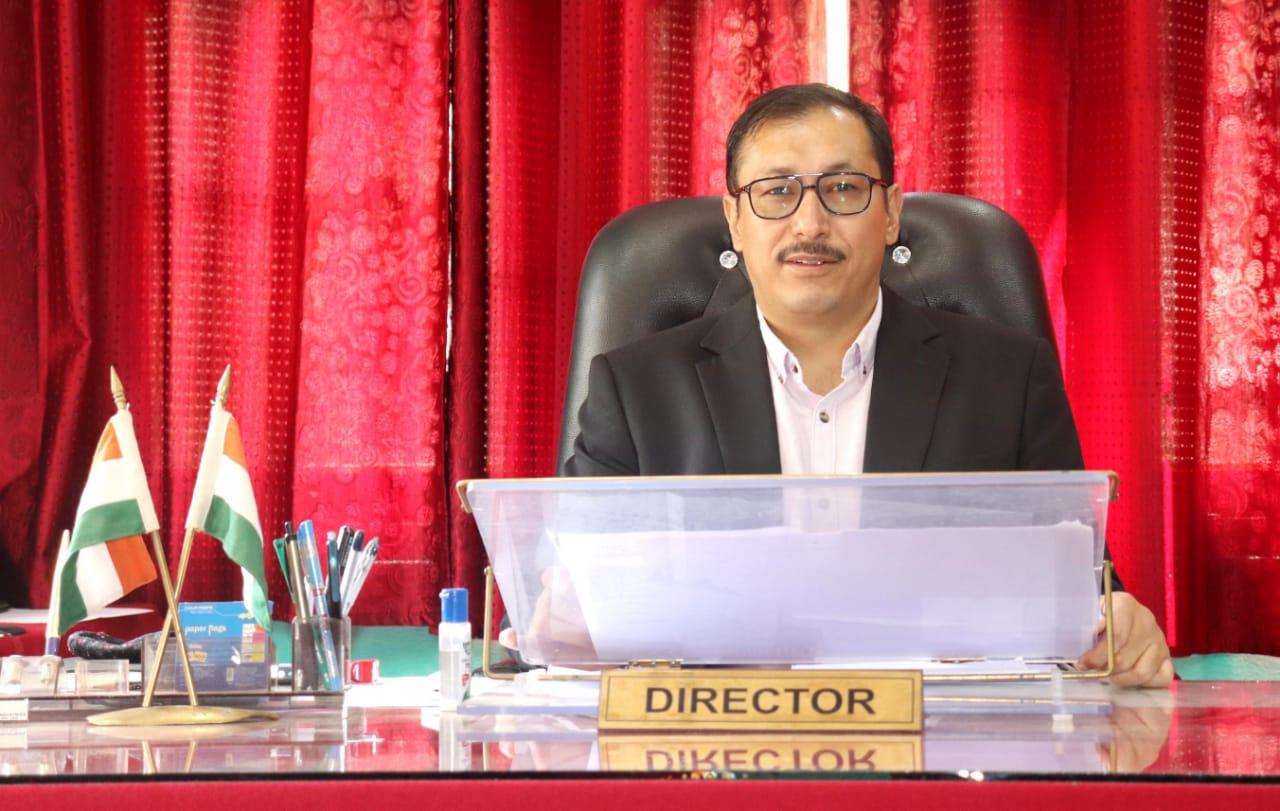 Central Institute of Himalayan Culture Studies is an autonomous body of the Ministry of Culture, Government of India, New Delhi and was established with the motto to promote and preserve the Himalayan and Buddhist Culture through studies. The institute was initially established in 2003 by the Buddhist Culture Preservation Society, Bomdila, Arunachal Pradesh- an NGO and was undertaken by the Ministry of Culture, Govt. of India in 2010 with a mandate to undertake UG, PG and Doctoral Programmes in the subjects, which are very much the part and parcel of Indian Culture with special focuses on Himalayan Culture Studies. CIHCS follows an aggressive yet pragmatic strategy of development. The studies are tailored to the realities in the Himalayan region and kept in pace with the cutting-edge researches. The vision of CIHCS to study and to conduct research in different branches of Buddhist Philosophical and Cultural Studies to prepare students for higher learning as well as to conduct research in the fields of Buddhist Studies, Bhoti language and literature and Himalayan Studies with pedagogic methods using knowledge of modern research methodology and advanced up-to-date technology. CIHCS will try its best to generate awareness of cultural ethos, ecological balance and preservation of natural resources with special reference to the Himalayan region and the North-East region of India through the teachings of traditional arts and crafts and modern technical skillsets for facilitating economic self-sufficiency, sustainable development and preservation of ethnic identity within the framework of national unity. In due course of time, it has emerged as a scholastic center in the region and rises as a nexus of communication and cooperation with academic institutions of various regions of India and abroad and, in turn, is trying to make understanding with institutions of other countries mainly of the Buddhist world as Buddhism is the way of life of the Himalayan region. In coming future, CIHCS will host brand research projects and will be going to organize quality lecture series to promote the Himalayan Culture along with Indian Culture. It will turn out to be a unique platform for Himalayan Culture Studies. In addition, a Ph. D programme on International Relations Studies will be started to add pedagogical weight and academic width to the institute. Keeping the community of the Himalayan region in mind, we are going to organize a series of seminars/workshops and Lectures to share research finding and to broaden the vision of the institute. We hope that, with our efforts, the studies on Indian and Himalayan Cultures will go hand in hand with modern/recent researches to bear new fruits to inspire and foster young intellectuals in a way that humanity and social sciences will open new territory in this Himalayan region of North-East India. In coming future, we will try to make CIHCS an institute of national importance serving the purpose of Pan-Indian cooperation by providing a platform that allows all the major institutions/universities to integrate their research and teaching resources for the larger interest of students. Further on, we aim to support the faculties across the subjects taught in CIHCS in order to enable scopes to participate productively and substantially in the global scholarly community so as to make it leading edge of academic innovation. Our work and achievements will be considered as unique not merely within the North-East region but also in India and around the globe. In the long run, CIHCS aims to become one of the leading centers of academic excellence across the globe. We aspire to demonstrate the values of Himalayan Culture Studies so as to attract interested scholars and students across disciplines to join us from all over India and around the globe. We believe this will pave the way not only for daring, novel research, but also for groundbreaking research within the fields of humanities and social sciences. The goals that we are working towards are undoubtedly consequential and exciting. With consistent hard work, the achievements of the CIHCS faculties should soon show significant results.